Unique innovative technologies for restoration of vessels and brain 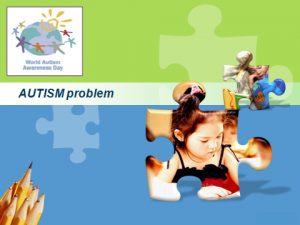 We invite everyone to activate efforts and to help individuals with autism to be the full-fledged members of the society in future.

And we should start TODAY, that tomorrow our society can became more accessible to such children and open wide possibilities for them.

Autism is a complete immersion in oneself, in the world created by that person.

Often a question arises, where limit is between character features and pathology. Therefore, it should be clearly differentiated.

Basic criterion of a psychologically healthy man is a capacity for communication, adaptation to the social requirements and self-realization.

Now we will consider autisation, id est process of deepening in virtual reality. Mostly it is an attempt to escape from real problems.

It is necessary to define, which problem a man aims to be hidden from; it can be a fear of changeable society, socializing with other people, to find insolvency and realize himself, understated or, opposite, inadequately overpriced self-appraisal, psychotraumatic situation and much other.

Therefore the earlier the treatment and psychocorrection will start the more chances to adapt a child and the family to society, to enable them to live in valuable life.

Autism:
signals which must alert 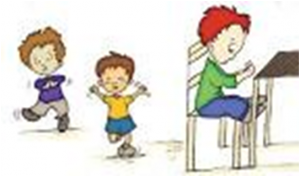 The severity of symptoms varies greatly, but all people with autism have some core symptoms in the areas of:
Social interactions and relationships. Symptoms may include:

Verbal and nonverbal communication. Symptoms may include: 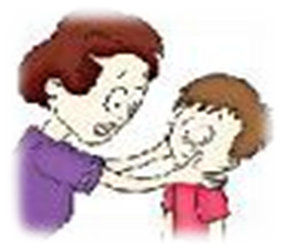 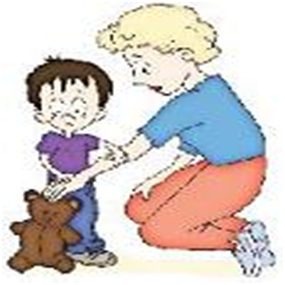 Limited interests in activities or play. Symptoms may include: 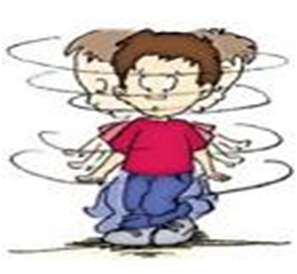 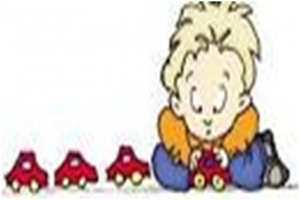 Symptoms during childhood
Symptoms of autism are usually noticed first by parents and other caregivers sometime during the child’s first 3 years. Although autism is present at birth (congenital), signs of the disorder can be difficult to identify or diagnose during infancy. Parents often become concerned when their toddler does not like to be held; does not seem interested in playing certain games, such as peekaboo; and does not begin to talk. Sometimes, a child will start to talk at the same time as other children the same age, then lose his or her language skills. 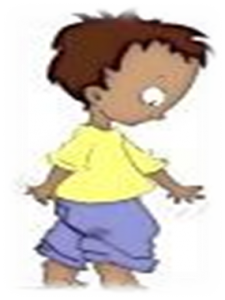 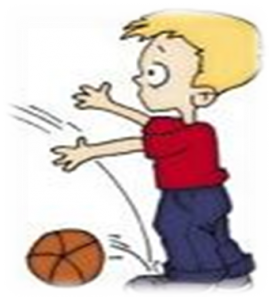 They also may be confused about their child’s hearing abilities. It often seems that a child with autism does not hear, yet at other times, he or she may appear to hear a distant background noise, such as the whistle of a train.
With early and intensive treatment, most children improve their ability to relate to others, communicate, and help themselves as they grow older. Contrary to popular myths about children with autism, very few are completely socially isolated or “live in a world of their own.” 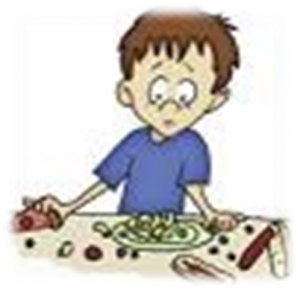 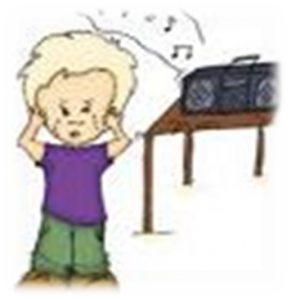 Today it is possible to help such people regardless of age!

And such establishments would enable at early age due to corresponding rehabilitation (first of all pedagogical-psychological) to help a child to become a valuable member of the society.

Is life in a social isolation a sad prospect for persons with autism in Ukraine?

Problem realization and ways for solving

17-years-old experience of diagnostics and treatment of children and adults with autism in the Clinic of Healthy Vessels has showed that, except for obvious psychological problems, they have disorders in blood supply for the brain, that is why simultaneously with psychologically-pedagogical work it is possible and it is necessary to correct changes in blood supply at child’s age, when such symptoms have occurred.

Having positive treatment experience of many children and teenagers, we assert confidently, that our authorial innovative technologies for individual medicinal correction and complex rehabilitation are progressive and based on principles of evidential medicine.

Today the Clinic of Healthy Vessels actively applies own know-how for health improvement and returning of life joy.

To give a joy of valuable life 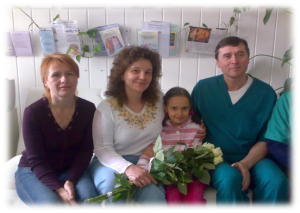 … four years ago Tatyana G. was put an unencouraging diagnosis – arrest of psychospeech development, autism and hyperactivity with attention deficit. A girl had treatment in different medical establishments, however, unfortunately, without positive changes, and parents lost hope on recovery of the child. But a fate finally smiled to them and drove this family to the Clinic of Healthy Vessels.

We are working under a slogan “One who makes a proper diagnose he can treat well”. 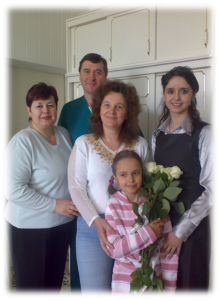 Tanya was diagnosed disorders in hemodynamics and psychological state and in accordance with this she has had adequate treatment course with the newest methods.

The medicinal correction of the state of hemodynamics and other rehabilitation measures were applied, reading was

conducted with a speech therapist and psychologist, and also obligatory work with the girl’s family, in fact the health state of any little patient depends much on the nearest of kin.A little patient was treated for long time – for three years with intervals.

Tanechka wants, when will grow, to become a doctor, to help people to restore their lost health.
Recently the little schoolgirl together with her family has visited the Clinic of Healthy Vessels, once again to say sincere words of gratitude to the doctors, which gave the joy of valuable life to this family.

To give a joy of valuable life

…some years ago parents with their son of seven years old came to us. The boy’s name was Vova. He did not respond to anything and lived in his own closed world. Why did they come? It was necessary to decide something with school already. Which school to choose – specialized or general? The mother visited all the specialists and was in Moscow. And everywhere she heard the same words: autism is incurable.
We met with her three times (by the way, the boy is the only and late child in the family of scientists). Finally, we persuaded the woman: development defects of her son have a reason – cerebral blood supply disorder – and it is necessary to fight with it. We can not give up on the chance that Vova will be able to become a normal person and be settled in life.
When the boy began to pay heed to his mother and father after the first month of the treatment, and later he responded to a new jacket (he came up to the mirror to see himself in the new thing), parents were impressed.
Currently our patient studies at the ordinary school. On his birthday he brought a cake with candles to the class (recently he was afraid of fire).
Sometimes we have to say unpleasant things during the acquaintance with people, who come to us, such as: parents do not have the moral right to lose heart before “incurability” of autism. Such children, who are left without the treatment and support of relatives, are rudely pushed away by the society. Nowadays autism is a disaster, which not only Ukrainians, but many western countries try to fight.
We have to work with parents not less heartily than with their children. As for Vova, we still meet with him. The work is keeping on.

Special treatment of autistic patients in the Clinic of Healthy Vessels

Integrated approach
Treatment of autistic children is made complexly and gradually and with obligatory control under the state of CNS applying methods of objectivization, in particular USDG, smart capillaroscopy, EEG; supplement the neurological, psychological, logopedic and pediatric examination. The treatment program for autistic children is based on results of the mentioned examinations. Of course, the treatment process doesn’t have any precise time of recovery, because it depends on the seriousness of the disease and individual features of a certain child (social surrounding, character, level of pedagogical neglect etc).

If not to apply even one of these links of influence, then we will be deprived a number of possibilities in-process with such children. Each of these links is logically conditioned, it supports and strengthens each other.

Infantile autism is a quite popular permanent pathological disorder of mental functions in children. It could reveal itself in various forms and in various levels of the development. Thus, we couldn’t start treatment without integrated individual program.
The complex of medicinal therapy is individually selected for a child, in particular for correction of arteriovenous and liquor balance by the authorial methods under instrumental control (“Method of the use of compositions of medications for correction of arteriovenous disbalance”, patent of national Patent of Ukraine № 72868 as of 31.12.03), also speech therapy, kinesitherapy and psychocorrection, which help complexly to influence on undeveloped functions.

Development of social relations. Socialization as one of medical factors in the complex treatment of an autistic child is based on basic pedagogical principles – individuality, gradualness, continuity.

At first it is necessary to put a confidence contact with a child during individual work of a kinesitherapist, speech therapist, psychologist and paediatrician. Only after that a group is gradually formed from two-three, and afterwards three-four children, which have an analogical development. The treatment scheme is corrected under the collective program.

A doctor teaches to co-operate with the other child, manages a process in relation to tasks, teaches to work in a pair. On this stage it is important to support the positive mood of the child, as usually he has next adaptation tension and even fear. At this time the child is already able to understand and perform verbal and unverbal commands, adhere to the program structures.

Present kinestatic, psychological, speech and emotional luggage, which was got on the previous stage and which became usual for the child, requires correction by the child himself and induces to initiativeness and search for contact with other children. Team work helps the child to take off fear.

After an adaptation period, which is much shorter from analogical one on the previous stage, the autistic child is “intertwined” in a collective program under control of an instructor for kinesitherapy, psychologist, speech therapist. It is observed more frequently eye-to-eye contact, adequate emotional reaction, initiative to do known tasks, feeling of public playing activity.

Work with parents. Such work plays an extraordinarily role in the therapeutic program for children with autism. It is conducted by a psychologist. The work with parents is made in two directions. First – to teach parents to co-operate with the child taking into account his/her features and to correct psychoemotional state of the parents. The parents of autistic children often do not realise all depth of the problem at slightly expressed autism and can’t manage the situation at strongly expressed.

A child mostly socializes exactly with parents and is under their influence, and very often reasons of psychological problems of the little patient are related to the parents’ character. Therefore parents learn methods of intercourse and psychocorrection, they are told about reasons of the child’s disturbances; quite often they are present at exercises with a speech therapist, kinesitherapist and psychologist. Thus, parents become our helpers in-process with children. In this work parents are changing too.

Correcting the psychoemotional parents’ state we first of all help them to overcome aspiring to hyperguardianship above the child, delivered from fear for him, to pity in relation to themselves, and also negative attitude toward a medical personnel, explain that it is impossible to give the child an inadequate help without involving his/her real possibilities and they mustn’t discuss illness and psychological development of the child with others in his/her presence. 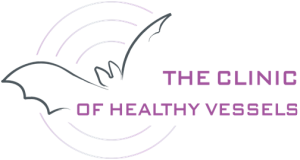 If your child has autism signs, do not delay – give him the real chance to become the valuable member of the society and start treatment and psychological correction TODAY!

And results will not keep waiting!